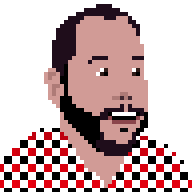 America needs an honest, accountable Congress to enact Bernie’s program. But trying to win each Congressional seat one-by-one is impossible. So let’s run one campaign to replace Congress all at once (except those already on board) that whips up the same enthusiasm, volunteerism and money as Bernie’s presidential campaign. One of the biggest take-aways from the Sanders campaign is that there is a progressive voting bloc in the United States that is organized enough to get voters to the polls. It might not be big enough to sway a presidental primary, but what about down ticket races with lower turnouts?